A vacation had been in the cards for some time. Memorial day offered another 24 hours of opportunity past a rare, open weekend, and with a few extra days off of work just prior and a proper trip was in the making.

It was going to be my first opportunity to try some real fly fishing on real trout in real trout rivers that could have graced the cover of Field & Stream, but I had a lot to learn before wading in, like how to do it, where to do it, and what with.

We were situated somewhere between Bravard and Hendersonville, West by South, on a remote property used for growing hydroponic lettuce and lavender beneath the ghostly traces of long-haul power lines. I’d already packed my old fiberglass fly rod wound with its original fly line and a newly glued tip eyelet, along with a handful of other spinners, mostly for the kids. $75 later and I was strolling out of the outfitter with half dozen flies, leader, tippet, and a North Carolina license.

Over the course of the next few days, I practiced in a nearby pond, thick with lily pads and crawling with blue-gill waiting for the drop of green larvae from the trees or water striders or in the very least nightcrawlers. That’s what I imagined, anyway, though it seemed they found mostly what they sought in the dark slime beneath the lilies. Made for some easy practice, though I tangled many a line in the roots just below the surface. The boy caught more than I did, some on purpose, with his two-foot push button, hook and split-shot, cast twice as far as I ever did.

I’d make several trips into both Pisgah National Forest and Dupont State Forest, wading into the Davidson as it snaked through the former, and seek out the dark, rhododendron-laden alleys of the latter, those leading to loneliest bends of the Little River. I managed to get out twice a day most days, usually early in the morning and then later in the afternoon when both kids were napping. The most easily accessible parts of both parks were overrun by late morning, with the stretches of river lawfully posted for trout (either for keeps, delayed harvest, or just catch-and-release) predictably the most popular. Few others were actually fishing in one form or another, most likely out on borrowed time between gullywashers and other more steadfast springtime rains. 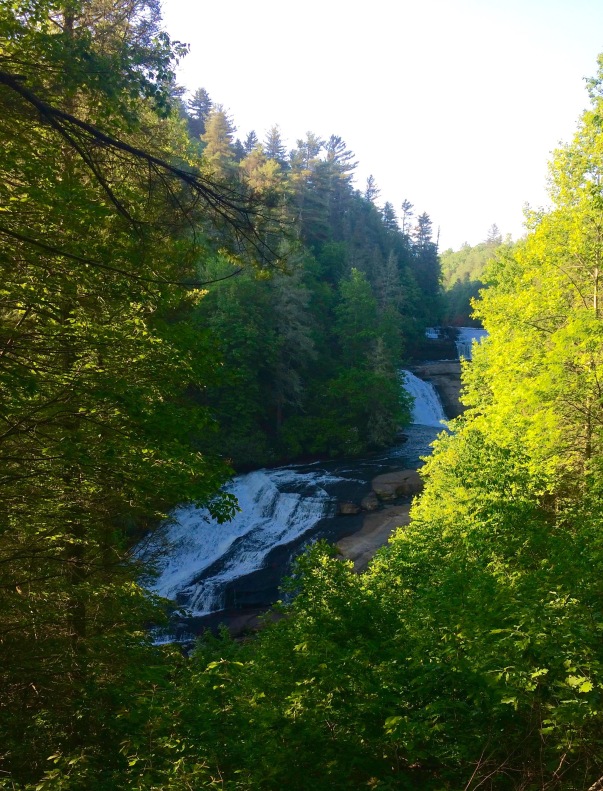 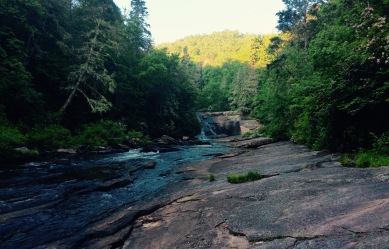 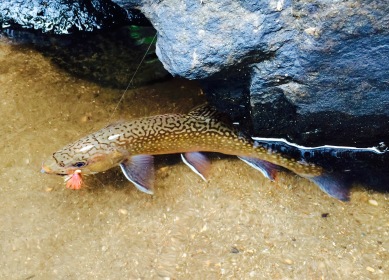 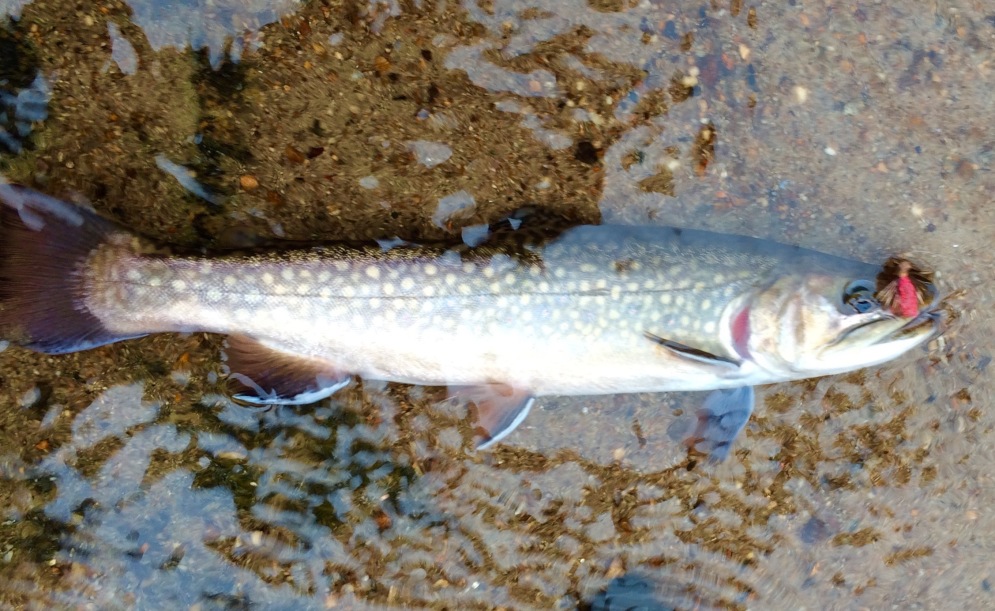 I had my moments, times when all I could hear was the garble of the river and the wind through the leaves, forgetting to think or sometimes watch my line as the crows overhead island-hopped from pine to poplar. I caught two small ones on accident, one brown trout and another I couldn’t identify, both hooked while I stood untangling a bird’s nest or fixing the reel while the tippet laid downstream.

The days went by slowly, the hours spent on the river less so. The morning before we left, I hiked out early in search of a hole I’d discovered two days prior, one in whose translucence I watched a dozen trout, some the size of my forearm, slink around and ignore the dries I was dropping from overhead. I was forced to leave without a hit and had returned this final morning in a drizzle, wading from farther upstream after overshooting the turn-off that had been too obvious to a brood of pre-pubescent boys in bucket hats and cheap cologne.

The water was muddied and, as far as I could tell after two hours of directionless casting, devoid of any fish. Nearly content with the weekend’s experience, I walked the mile or two back to the parking lot down away from Triple Falls waving to the cascades disappearing behind me, rumbling and elemental. At the last minute I swung left just past the footbridge and eyed the shallow rapids not 50-yards down trail. Stepping out onto the rocks, I cast into one of the pools next to the bank and hooked a brookie almost right away. Gently reeled and led back to the shallows on the opposite bank where I’d set my bag. In the stillness of that small pool he hovered, ten or twelve inches, painted like the topside of Messerchmidt, beautiful. I easy the hook out and watched him dart off to the rapids downstream, returned to my rock, and repeated the act. Another brook trout, similar size.

An older couple appeared just down the bank and the man clambered over to watch. A singular moment. We all eyed the trout as it swam off, smiling.